We continue to watch with interest the professional football careers of Billy Mitchell and his younger brother Zach Mitchell, both of whom attended Chis and Sid before being signed by leading football academies.  They are currently signed to South East London professional teams Mill Wall FC (in the Championship) and Charlton Athletic FC (League One) respectively and were featured in an article in the South London Press in December 2022 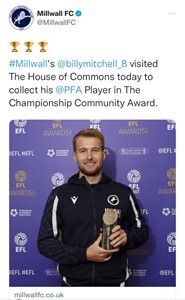 Billy has fully established himself as a first team player at Mill Wall. In 2022 he also won the PFA/EFL Championship Player in the Community Award presented at the House of Commons, for which he also gave a speech on Sky Sports. Millwall FC believed that Billy went over and above in his ambassador duties, and through Covid, to support his local community, so felt they wanted to put him forward for the overall Championship Ambassador, which he won. 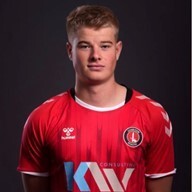 Zach is doing amazing well at Charlton joining on a two-year scholarship with the U18's, he studied sports science in conjunction with the scholarship and has put together some excellent pieces of work which Charlton have used on their website. Zach excelled in his GCSE's gaining eleven grade 9’s before leaving the school.

On 1st of July 2022, Zach signed a 3-year pro contract. An exceptional achievement as it was offered to him 18 months early.

He often writes match reports for Charlton Athletic as he is so eloquent in his writing.

We are told that Billy, Zach and their family often talk about Chis and Sid and always with fond memories!